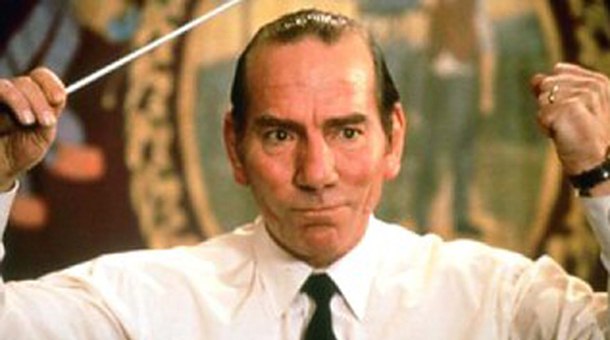 It is not often that the passing of an actor that so few members of the general public could name but almost all would recognise draws the reaction witnessed across social media networks over the past twenty-four hours. In a mark of the impact of English actor Pete Postlethwaite, in the dying hours of Monday evening no film-conscious Twitter user – or even non film-conscious Twitter user, so it seems – was able to send their thoughts out into cyberspace without paying their respects to the prolific performer. Indeed, at this very moment he remains one of the top five topics worldwide, ranking in the top ten in Australia. Leaving a legacy of outstanding work spanning 35 years in film and television, he will be greatly missed and fondly remembered after succumbing to a lengthy yet mostly unpublicised battle with cancer.

A drama teacher by training before making the switch to acting, Postlethwaite first tread the boards at the Liverpool Everyman Theatre alongside the likes of Bill Nighy (Wild Target) and Julie Walters (Harry Potter And The Deathly Hallows: Part 1). Work with the Royal Shakespeare Company followed, as did a short film and bit parts in features and TV programs (Coronation Street and Minder among them), until making a splash with his highly acclaimed performance in Terence Davies’ underrated classic Distant Voices, Still Lives. From there, no role was too small for the respected talent, ranging from the small screen again in Lovejoy and the cult Sharpe series to big screen efforts as diverse as David Fincher’s Alien 3 and Aussie comedy Strange Bedfellows. Perfecting everything from innocent to sinister, daunting to decent, and mysterious to misunderstood, the consummate thespian played the everyman and the bad guy, powerful and the poor, and all that lay in between.

With such a wide array of films to his name, for most it will be difficult to choose a favourite or most memorable Postlethwaite performance, with too many among his lengthy resume. Oscar nominated for his heartbreaking portrayal of Giuseppe Conlon – the father of one of the wrongfully accused, convicted and imprisoned Guildford Four – in Jim Sheridan’s touching and tragic In The Name Of The Father (alongside fellow nominees Daniel Day-Lewis and Emma Thompson), he will also remain in our memories as the enigmatic Mr. Kobayashi from Bryan Singer’s ensemble crime effort The Usual Suspects. For some, his role as Roland Tembo in the Steven Spielberg sequel The Lost World: Jurassic Park stands out from the crowd (indeed, the director described him as “possibly the best actor in the world”), for others, it is his short stint in Fernando Meirelles’ adaptation of the John le Carré novel The Constant Gardener. In every feature he made and part he played, he compelled and engaged in equal measure.

Featuring in Baz Luhrmann’s Romeo + Juliet and two films in a row with Ewan McGregor (superb social realist drama Brassed Off and the little-seen thriller The Serpent’s Kiss) over a career that also included excellent turns in Hamlet, The Last Of The Mohicans, Amistad and The Shipping News, and appearances in fantasy fare Dragonheart and Clash Of The Titans, horror remakes Dark Water and The Omen, and action efforts Æon Flux and Solomon Kane, Postlethwaite was never on to rest on his laurels. Retaining his ability to surprise through both his choices and performances (note stop motion animation James And The Giant Peach and the Bob Geldof produced Rat), the hard-working performer garnered accolades (including three BAFTA TV best actor nominations for Martin Chuzzlewit, Lost For Words and The Sins) and even an Order of the British Empire for his contribution to the medium, yet still made time for shorts and theatre among his many works.

Appearing on screen until his final days in Christopher Nolan’s mind-bending Inception and Ben Affleck’s Boston bank-robbing tale The Town (playing a key figure in both), he leaves his fans with just one more feature – the upcoming comedy film Killing Bono – to look forward to. Having left an imprint on the world from the stage (touring Australia in 2003 with his one-man show “Scaramouche Jones”) to the environment (campaigning against climate change, and championing the cause in The Age Of Stupid), he certainly won’t be forgotten, living on through the glory of cinema.

TAGS » Academy Awards, Brassed Off, Daniel Day-Lewis, Ewan McGregor, In The Name Of The Father, Pete Postlethwaite, R.I.P.
POSTED IN » All, Articles