The name Ilich Ramírez Sánchez may not inspire instant recognition amongst the majority of the populace, however his nom de guerre certainly will. Under the guise of Carlos the Jackal, Venezuelan militant Sánchez was

When it comes to animated features, Disney’s Pixar Animation Studios seems to hold all the cards. From humble beginnings with a little film called Toy Story, it has gone on to produce eleven full-length

French film personality Mathieu Amalric has found fame appearing on-screen, with a successful career as a renowned character actor to his name. With features as diverse as Munich and Marie Antoinette, Public Enemy #1

Celebrated French writer / director François Ozon has crafted an interesting career over his 22 years in the business, graduating from shorts (with no less than 18 to his name) to documentaries (Jospin s’éclaire) 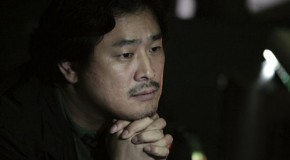 As many filmmakers have learned the hard way, making the leap from the cinema of their native country to the world stage can be fraught with difficulty. For every success of the scale of