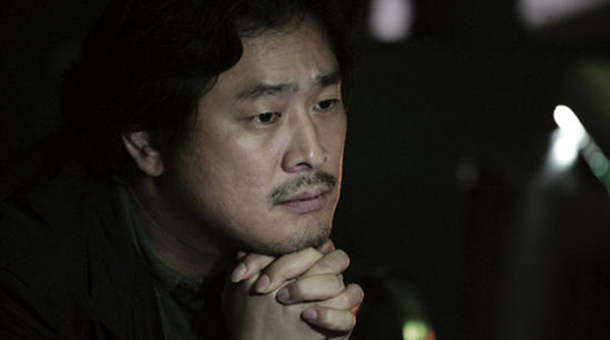 As many filmmakers have learned the hard way, making the leap from the cinema of their native country to the world stage can be fraught with difficulty. For every success of the scale of John Woo (Hard Target, Broken Arrow, Face/Off, Mission: Impossible II, Windtalkers and Paycheck), there are mixed reactions as seen with Wong Kar-wai (My Blueberry Nights), and failures as demonstrated by Lau Wai-keung (The Flock). Irrespective of the uncertainty that often greets directors attempting their English-language debut, the long line of helmers willing to try their hand at making the switch continues to grow. In the past few weeks two influential Korean filmmakers have joined the list, with Park Chan-wook (J.S.A.: Joint Security Area, I’m A Cyborg, But That’s OK) attached to Stoker, and Kim Ji-woon (The Quiet Family, The Foul King) linked to Last Stand.

As a name and a film title, Stoker immediately conjures visions of vampires, courtesy of Irish novelist Abraham ‘Bram’ Stoker. However, due to conflicting reports little is known about the first English-language work from Oldboy director Chan-wook, other than its high profile cast. In one of the week’s biggest pieces of film news to filter down through the regular internet channels, The King’s Speech‘s Colin Firth joined The Kids Are All Right‘s Mia Wasikowska and Rabbit Hole‘s Nicole Kidman in the mysterious feature (with the ladies replacing the earlier cast of Wall Street: Money Never Sleeps‘s Carey Mulligan and The Brave One‘s Jodie Foster), which heralds from a script written by Prison Break star Wentworth Miller. Although Miller admits the idea was inspired by the Dracula story, whether blood-thirsty creatures of the night will infiltrate the narrative (telling the tale of a series of strange events that befall a young girl and her widowed mother upon a visit from an enigmatic uncle) is purely the subject of conjecture.

Information on A Bittersweet Life filmmaker Ji-woon’s English-language debut Last Stand is just as scarce, with the majority of details remaining a mystery. Although Unknown‘s Liam Neeson was attached for some time (in a synergistic piece of casting given his current fondness for action-thrillers), the actor has reportedly taken himself out of the running, with his replacement currently the subject of speculation. The first effort from screenwriter Andrew Knauer, the feature is rumoured to follow a small town U.S. Sheriff fighting to stop a Mexican drug cartel journeying through his county to the border, with the director himself citing High Noon and Die Hard as influences. Continuing his exploration of genre, tone and style as evidenced by his acclaimed Korean efforts, the film is certain to stand out regardless of the ultimate choice of leading man, with the notion of protection championed by Ji-woon as the underlying thematic element.

That Stoker and Last Stand represent a change of pace for Chan-wook and Ji-woon is without question, with the former largely absent from the industry since his 2009 hit Thirst (with impending short Night Fishing, co-written and directed with Park Chan-kyong his only recent credit), and the latter fresh from the Sundance screening of his latest offering, the eagerly awaited serial killer effort I Saw The Devil. However, if anyone is up to the task it’s the auteurs responsible for Sympathy For Mr. Vengeance and Lady Vengeance, and A Tale Of Two Sisters and The Good, The Bad, The Weird respectively, with their choice of English-language projects seemingly designed as a challenge. With additional resources at their disposal, each is expected to make the most of their opportunities, as well as capitalising upon their high profile casts and vastly increased exposure. Whatever the outcome, Chan-wook and Ji-woon will undoubtedly emerge as better filmmakers for the experience, having cast the mainstream spotlight on to Korean cinema in the process.

Stoker and Last Stand are currently in pre-production, with both expected to release in 2012.