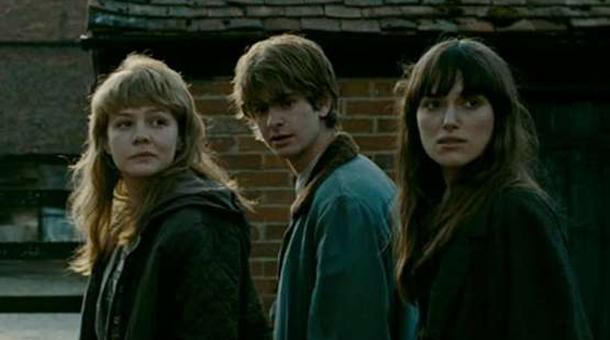 Many films have explored the impact of death on those left behind (Rabbit Hole, for example), whilst more are beginning to examine the influence of mortality upon those forced to face their own (Biutiful springs to mind). In an adaptation of Kazuo Ishiguro’s polarising Booker prize-shortlisted novel of the same name, Never Let Me Go weaves elements of both into a dystopian alternate timeline, contemplating the nature of humanity in the process.

Does our fleeting presence define us? Is there an innate quality that connects all of mankind? Are we marked by our coping mechanisms as we come to terms with the fact that everything we know will one day end? Or is being human – or even just being – simply enough? As the shadow of loss looms large over the class of characters at the centre of the film, their understanding of the nature of society – and their appreciation of the complexity of their existence – grows in tandem with the discovery of their true purpose. Yet although their lives are begun as mere specimens, just like the rest of us they progress through childhood blissfully unaware of the end game, with their sheltered outlook and inevitable hopes and dreams forever changed as all is revealed.

Capturing the realisation that life is a mere transitory phase is far from an easy task, with conveying the sentiments that go along with it even more difficult. This feat is complicated further in the translation from the calculated prose on the page to the fluid language of the screen, with even the slightest mis-step capable of reducing the resonance of the underlying themes. Thankfully, courtesy of the combination of director Mark Romanek and writer Alex Garland, Never Let Me Go achieves the near impossible. Pairing the distinct visual style of the former with the finessed observations of the latter, the film that results not only evokes the same sensibilities as the source material, but also delicately adds an extra layer of emotion.

Accordingly, being moved by the feature is not optional, with the science fiction premise a vessel for the universality of the story. Every aspect hits the mark in tone and form, from the beauty of the imagery to the nuanced performances. Indeed, the film is perfectly cast, with Carey Mulligan (continuing to demonstrate her depth and range) and Andrew Garfield (excellent as always) impressing on every level. A moving and melancholy meditation on life, love and loss, Never Let Me Go is a tender and tragic reminder of the temporary nature of existence, and the repercussions – on the personal and collective fronts – of our attempts to confront mortality. 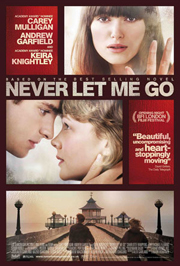