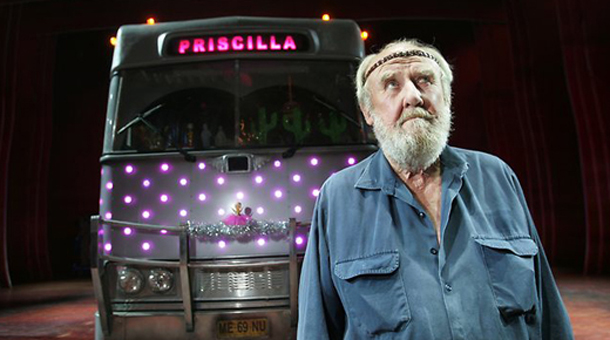 As any Australian, or fan of Australian film or television will be aware, William John Hunter, or Bill as he is more commonly known, is an icon of the industry. Indeed, from the 1970s onwards, watching local fare without his involvement has been nigh on impossible, with the inimitable star making his presence known in 110 roles over a career spanning half a century. From screens big and small, and the stage as well, Hunter is synonymous with entertainment down under courtesy of a plethora of roles as the archetypal Aussie bloke. After scaling the heights of his profession with three Australian Film Institute awards from six nominations, and perpetuating his prolific output even whilst unwell, the man believed to have worked with every Australian director and actor of note succumbed to cancer at the age of 71.

From his initial, uncredited role in the 1957 original version of The Shiralee, it would take Hunter nine years to secure his next acting gig. In the interim, the boy from Ballarat plied his trade as a swimming double in On The Beach (befitting his status as a member of the Olympic swimming team), however it was his turn in two episodes of Doctor Who that marked the start of a burgeoning career. Parts in fellow television shows followed, from Hunter to The Battlers, Skippy to Riptide, The Long Arm to Dynasty, and Catwalk to The Spoiler. More substantial stints in Spyforce, Division 4, Homicide, Matlock Police and Prisoner eventuated, as well as further appearances in Ryan and King’s Men.

After a decade spent almost exclusively in TV, Hunter’s film career got underway in earnest in Mad Dog Morgan. Although smaller roles in Ned Kelly, 27A, Stone, The Man From Hong Kong and Rate Of Exchange filled the time between small screen gigs, Philippe Mora’s biopic of bushranger Dan Morgan marked a turning point, with the AFI bestowing a best supporting actor nomination upon him, and the silver screen beckoning afterwards. Eliza Fraser, Backroads and Weekend Of Shadows each followed, however Hunter was again blessed with a standout part two years later. The film in question was Phillip Noyce’s Newsfront, the first feature to earn Hunter his own AFI trophy, and a landmark effort in the local industry.

From that point on, Hunter was at the apex of Australian film and television, with roles big and small calling. After In Search Of Anna and Vox Pop, Dead Man’s Float and Hard Knocks, and TV work in Golden Soak and Young Ramsay, another exceptional opportunity emerged, this time in Peter Weir’s celebrated Gallipoli. Again, awards recognition sung his praises, and again his career bloomed. Indeed, his output from that point on is too plentiful to name individually, with appearances in everything from Heatwave to The Dismissal, The Return Of Captain Invisible to The Hit and The Flying Doctors to Police State on his resume.

In the 1990s, Hunter again surpassed previous expectations, starting with TV turns in Phoenix and The Leaving Of Liverpool. Coinciding with the revitalisation of local film production, he also featured in three of the biggest movies in Australian history – Baz Luhrmann’s Strictly Ballroom, P.J. Hogan’s Muriel’s Wedding and Stephen Elliott’s The Adventures Of Priscilla, Queen Of The Desert. Indeed, after decades in the industry, these three films cemented Hunter’s fame with a broader audience, with his recognisable face, loveable presence and innately Australian nature a constant in his work. From The Last Days Of Chez Nous to Shotgun Wedding, The Custodian to Race The Sun, and television series Police Rescue, Minder, Blue Murder, Seachange and All Saints, if it was made locally, Hunter was in it.

The new millennium started with more of the same for the consummate professional, including a return to his roots in the remake of On The Beach. This time, his role was more prominent (playing Prime Minister Seaton), with the mirroring of his involvement a subtle yet thoughtful touch. Appearances in cult show Pizza and police procedurals Water Rats, White Collar Blue and Stingers continued to demonstrate his willingness to contribute to any part, with film work in Crackerjack, Kangaroo Jack, Horseplay, Bad Eggs and Tom White, and voice acting in Pixar’s smash hit Finding Nemo proving the same. Of late, his pace has slowed considerably, however the shadow of his influence over the industry still remains.

Hunter’s final years were leaner than most, with One Last Shot, The Square, Australia and Legend Of The Guardians: The Owls Of Ga’Hoole in cinemas, and Two Twisted, The Cut and The Pacific on television. At the time of his passing, three completed films remain unreleased, with romantic comedy The Wedding Party touring the festival circuit, family flick Red Dog due out in the next few months, and his final work as legendary trainer Bart Cummings in the horse racing-themed The Cup set to emerge closer to the event that it depicts. Playing leading parts and supporting roles, friendly and fearsome characters, his knowable visage and comforting involvement has endured for 54 years. It is difficult to imagine the shape of the Australian film industry without his significant presence, such is the impact of the beloved actor, larrikin, star and stalwart of the screen.