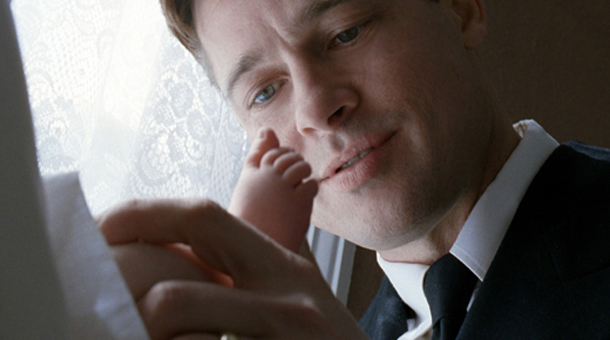 Words can barely do master auteur Terrence Malick’s latest – and only fifth – lyrical feature justice, with The Tree Of Life an astounding, audacious, ambitious and operatic cinematic experience to be savoured, celebrated and scrutinised with equal fervour.

The fifth feature in a filmmaking career that has spanned four decades, the The Tree Of Life may be the most anticipated movie of 2011. In certain circles at least, with enthusiastic cinéastes long ago declaring the film a masterpiece well in advance of the feature’s emergence from decades of contemplation and years of production. With the usual preemptive adulatory acclaim that has preceded the majority of the reclusive auteur’s oeuvre, as such The Tree Of Life has been burdened with the lofty expectations that years of waiting will inevitably bring. The striking key art only served to heighten the anticipation of the audience, with the tempering that accompanied mixed reports from the film’s premiere at the 2011 Cannes Film Festival eradicated upon the film’s Palme d’Or win.

Accordingly, it should come as no surprise that the end product is as divisive amongst film fans as it was prematurely celebrated. Whilst many, including this reviewer, see a work of unsurpassed brilliance, others sat through two hours of metaphysical meandering. As always, preconceptions play an enormous part in the viewing process, with subjectivity tainted by promissory possibilities. Yet, whether it enlightens or annoys, or does both in equal measure, The Tree Of Life is an undoubted and unashamed cinematic spectacle.

Six years after his underrated last effort The New World, every cinephile’s favourite director Terrence Malick returns with an epic offering about the meaning of existence, juxtaposing the origin of the planet with a personal period portrait of a Texan family in the 1950s. Starting with a quote from the Book of Job (“Where were you when I laid the earth’s foundation… while the morning stars sang together and all the sons of God shouted for joy?”), the poetic and picturesque film dissects the premise indicated by its biblical prologue, examining the evolution of the Earth from the big bang onwards, as well as the abundance of opposing human emotions illustrated by the O’Brien clan.

Whilst the former segments provide a surreal and sensational glimpse of the very first sparks of energy and resulting aftermath, the latter pits Brad Pitt’s fearsome father at odds with his eldest son (played by newcomer Hunter McCracken as a child and dual Oscar recipient Sean Penn as an adult), in a meticulous musing on mortality. Although on the surface neither the contemplative nor narrative elements seem synergistic, Malick’s masterful and moving montage of the enormous and intimate aspects of our world is both transporting and transforming.

An audacious, ambitious and operatic existential ode that philosophises with powerful profundity, this is one feature that exceeds its ample promise. Yet, the success of Malick’s artistry will ultimately be weighed against pre-film expectations, and shaped in the shadow of early assumptions. 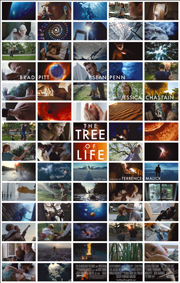