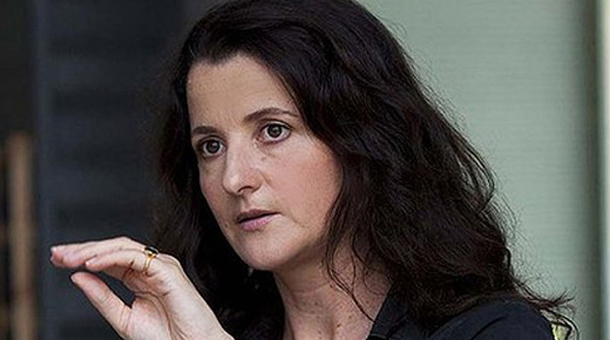 A modern interpretation of the fairytale that gives the film its name, and an effort far removed from the Grimm’s narrative and the Disney classic, Sleeping Beauty marks the feature film debut of acclaimed author turned writer / director Julia Leigh. After literary success with novels “The Hunter” and “Disquiet”, Leigh turned her attention to cinema, bringing her enigmatic, revisionist version of the timeless story from the page to the screen. Under the mentorship of Jane Campion, Leigh’s carefully constructed feature cultivated considerable interest, including a competition slot at the 2011 Cannes Film Festival, and similar standing at the Sydney Film Festival as well. We spoke with Julia about the evolution of the idea behind the film, the impact of her many influences, and her experiences in making the transition from author to filmmaker.

SW: First things first – congratulations on the film, and the success that you have had with it so far.

SW: Can you tell me about the evolution of the idea behind the film?

JL: I always do find it very difficult to answer the question “where does an idea come from?”, because the creative process is at heart a mystery, even to me. I was aware of the fairytale “Sleeping Beauty”, and fairytales have deep roots in the ground for all of us. The original fairytales were quite brutal. I was also aware of the ancient practice of older men seeking to spend the night alongside sleeping girls, for example King David in the Bible seeks to spend the night alongside a young virgin. I’d read a couple of well known novellas, one by Yasunari Kawabata and one by Gabriel Garcia Marquez, that are told from the point of view of an older man who pays to spend the night alongside sleeping, drugged girls. And then, even more than that there are sleeping girls on the internet. There is this phenomenon of sleeping beauties, sleeping girls. It’s something that exists, it’s out there, and I guess I was responding to this and transforming it.

SW: Once you had the idea, how did you take all those influences and turn it into a film?

JL: Well that’s the thing, it’s actually quite a false exercise. It isn’t that I had all these ideas and I thought “how will I make them come together?”. It doesn’t really work like that at all, that’s just me looking back at the work with the benefit of hindsight. At the point of when you begin the work, I really do think the inner forces that compel you to begin writing are quite mysterious. I did write the first draft of the script quite quickly, actually in about ten days or something like that, but I then chose the path of developing the script myself. I showed it to a couple of trusted readers – actually my first reader was my younger sister, Claudia. So I just showed it to a few trusted readers, and I developed it from there. It did go through several drafts, but basically I got the script to a stage where I thought it was ready. Then I tried to find a producer who would recognise the script for what it was, and proceed with the script as the script rather than go into further development.

SW: When did you realise that this was something that you wanted to direct yourself?

JL: The strange thing is, I did not wake up one morning and say “I’m going to write and direct a feature film”. Instead I was compelled to write the script, so I wrote the script, and that in a way was a stepping stone to directing. When I wrote the script I envisaged it, which is to say that lots of things that were in the film were in the script. Even the point of view in the chamber, for example, was in the first draft of the script. And this idea of the shooting style that we chose, the long takes, was how I saw the film in my mind’s eye when I wrote the draft. So the script was a stepping stone, and it went from there.

SW: Can you tell me about making the transition from author to filmmaker?

JL: Well, in a way both the film and my two novels come from the same place, from my sensibility. And they are both big projects, I guess. In a novel and in a feature film you are working with the flow of time, and in both cases you are building full and detailed worlds, and building complex characters. In that regard they are quite similar. I would actually say that the perceived loneliness of the writer is not so dissimilar to the loneliness of the director, as the director is the person who holds the whole film as a totality in their head. Probably the only person. I would say that they are the foundations, and they are the same. The process of course is completely different. I really enjoyed working with my collaborators, and I had wonderful heads of department. Geoffrey Simpson my director of photography, Annie Beauchamp my production designer – you’ve got the list there so I don’t need to mention them all. I was incredibly lucky to work with really great people. I had a very clear vision, but often people would come up with an idea on how to get to that point, how to realise that vision, and they would make a suggestion that I never would’ve thought of myself. So it was a really great collaboration.

SW: We’ve touched upon the distinct style of the film, however can you expand upon the creative decisions that you made to evoke that particular look on screen?

JL: We had to make hundreds and thousands of small decisions, and you do that with your heads of department, and with the cast as well. In some cases they contributed lines that are in the film. I would say that this film was incredibly well prepared, well controlled, and I wouldn’t say it was a case of there being a lot of improvisation. But there were instances, yes, where some lines were improvised and added, and ended up on screen. I worked very hard on the mise-en-scene – how we would cover the scene in the longer shot. With the sound design, I worked with Sam Petty. There isn’t actually a lot of sound design in the film, which I guess is unusual, but the restraint of the visual world and even the subject matter is married to the sound. It was more a case of less is more, but it is very subtle. I realise in sound design how, when you’re watching a film, you probably don’t immediately recognise how sound is having an impact on your mood and reception. It is a definite craft to create the sound world. I hoped to bring audiences to a point of that acute feeling of being able to hear a pin drop, and to have a sense of tension throughout the film. For example, we worked a lot on how breath would work. How would the sound of Lucy’s breathing work when she was asleep? That’s the level of detail we got into.

SW: Let’s talk about the cast, particularly Emily Browning. How did she become involved, and how important was she to realising your vision of the character on screen?

JL: Emily Browning did a test on tape, and I found that I couldn’t take my eyes off her. That was very important for this film because she is in every scene. I find her very beautiful, and I think she has a strange beauty, not a cookie cutter beauty. She read the script, she understood the script, and importantly she made it her own in her choices. I loved the quality that she brings, what I call the tip of the iceberg feeling. There’s something latent in her, I think that is a wonderful quality. I recognise that I was incredibly lucky to work with her on my first film.

SW: Can you tell me about working with Jane Campion on the film?

JL: I was introduced to Jane by Screen Australia. She read the script and agreed to come on as a mentor. She was around for most of pre-production, and she was away overseas for most of the shoot. That was something we always knew was scheduled – she didn’t let me down or anything, it was always going to be the case. She came back in post and saw an early cut of the film, and was incredibly encouraging. I have to say that her judgement that we were on the right track was really important to me. She was incredibly generous, and her support of the film has just been a truly wonderful thing.

SW: The film certainly has a lasting impact on the audience. What do you want the audience to be thinking, wondering and questioning when they leave the film?

JL: I do like the audience to be involved in the film, and to be watching it really closely. My hope is that this film allows the audience to use their imagination, and I think that that happens with this film. A lot of people have to bring their own imagination to bear in what might happen next, in the chamber scenes for example. I think that’s a good thing, and I hope it is an involving and bewitching film.

SW: The film showed in competition at Cannes in May. What was that experience like for you, as a first time director?

JL: I can’t complain. It was really great. We had a gala screening in the Lumiere theatre, with a capacity of 2600 people. At Cannes with the films in official competition, it is a tradition that at the end of the screening the filmmaker has to stand up and acknowledge the audience, and Emily and Rachel joined me, and we had a standing ovation. It was just a great experience.

SW: To wrap up, are you able to share any details about what you’re working on next?

JL: I have a couple of scripts that I’m interested in, and I’d like to continue with both films and books.