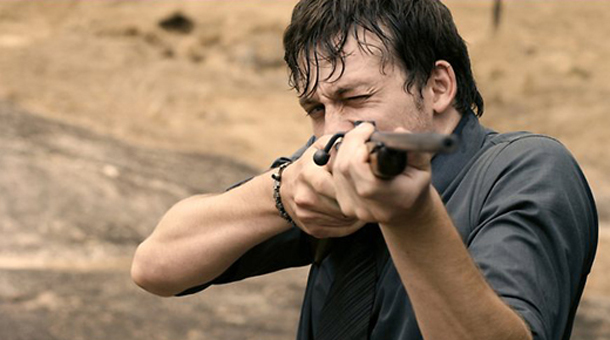 2011 has proven an exciting time for first-time filmmakers, particularly those hailing from Australian shores. Indeed, in the six months of the year that have already passed, no fewer than nine local directors have brought their maiden movies to the screen, garnering significant media attention even despite mixed fortunes at the box office. From Ben C. Lucas’ tech-savvy teen fare Wasted On The Young to Gale Edwards musically inclined A Heartbeat Away, Leon Ford’s superhero story Griff The Invisible to Justin Kurzel’s serial killer drama Snowtown, Carlo Ledesma’s innovatively distributed The Tunnel to Julia Leigh’s artfully polarising Sleeping Beauty, and including Brendan Fletcher and Beck Cole’s respective indigenous efforts Mad Bastards and Here I Am, home-grown debut features have been flooding into cinemas thick and fast. Michael Henry’s Blamerounds out the pack of initial offerings thus far in 2011, finally showing in Australian theatres after a lengthy tour of the international festival circuit (including screenings at the Melbourne, Toronto and Chicago International Film Festivals in 2010).

After conducting a leisurely lesson with a student, music teacher Bernard (Damien de Montemas, TV’s Underbelly) drives home to his rural property. As he unpacks his groceries in preparation for a quiet weekend, a gang of masked assailants enter his remote abode, with Bernard drugged and bound in the process. With his life seemingly fading away, his attackers eradicate all traces of their visit, as they discuss the details of their plan. Reunited with a waiting fifth member of the group, it becomes apparent that revenge is their motive, with Nick (Simon Stone, Balibo), Natalie (Sophie Lowe, Beautiful Kate), Anthony (Ashley Zuckerman, Tom White), Cate (Kestie Morassi, The Wedding Party) and John (Michael Leonard Winter, The Pacific) seeking retribution for the death of Alice (Saskia Hampele, The Countdown). Setting off down the road, their consciences remain conflicted, worsening when it becomes apparent that they have left a mobile phone at the scene of the crime. Upon their return, the quintet are met with more than just guilt when Bernard’s previously prone form is missing from its final resting spot.

The psychological thriller is an oft tried yet rarely perfected sub-genre, with too many helmers taking the paint-by-numbers approach. Inspired by greats such as Alfred Hitchcock (Rear Window), Roman Polanski (Repulsion) and Stanley Kubrick (The Shining), many a modern filmmaker has attempted to mimic the mystery and drama of noted suspense efforts, with the impeccable output of Christopher Nolan (Memento), Darren Aronofsky (Black Swan) and David Fincher (Zodiac) the exception rather than the rule. After the aforementioned Wasted On The Young and Snowtown, writer / director Henry affords audiences with another opportunity to see an Australian offering of the ilk. Alas, despite ticking all the genre boxes – a deserted location, salacious scenario, fatal mistakes, layers of deception and an unhealthy dose of in-fighting – the resulting feature fails to cultivate the requisite sense of tension, with the drawn-out dialogue, predictable plotting and muddled motivations doing the film few favours. Whilst the talented cast are effective, their skills cannot hide the pitfalls of the stylish but insubstantial presentation. Imbued with potential, but ultimately unable to realise its promise, Blame is incapable of building or sustaining anything other than an utterly average effort. 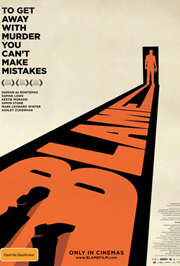