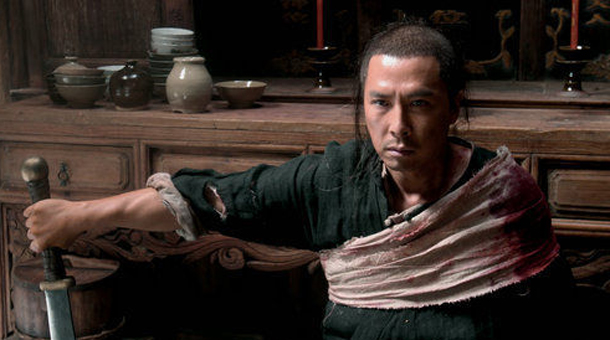 Impressively choreographed and intelligently handled, Wu Xia presents a compelling combination of police procedural and martial arts epic, yet distinguishes itself from the wealth of period pieces that recall the frenetic style of the apt title.

Although martial arts films have a long and distinguished history, few features have worked the genre in the same manner as Peter Chan’s Wu Xia. In his fourteenth credit as a director, the helmer of Hollywood vehicle The Love Letter and 2005 Venice Film Festival closer Perhaps Love transcends the expectations set by the seemingly obvious title to present a movie of two distinct halves – one mining the crime procedural phenomenon, and the other adding a psychological interpretation to the usual saga of the style. Working with a script from his frequent collaborator Oi Wah Lam (the scribe behind five of his films, including The Age Of Miracles and Who’s The Man, Who’s The Woman), the former UCLA student turned Hong Kong filmmaking stalwart subverts the standards of conventional offerings to afford an inventive amalgamation of action with a number of crowd-pleasing elements. Indeed, that the end product has been compared to everything from C.S.I. to Columbo is indicative of the unusual appropriation of the broad genre of period efforts about honourable swordsmen intimated by the feature’s moniker.

Commencing with a simple story of a kindly paper mill worker (Donnie Yen, 14 Blades) forced to fight for his life when caught in the wrong place at the wrong time, the chameleonic film soon morphs into a detective tale. With a determined investigator (Takeshi Kaneshiro, Confession Of Pain) certain that there’s more to the situation than is immediately apparent, the feature tracks his disruptive attempts to piece together the truth of the hero’s journey, with the intricacy of the violence a clue that a broader history of combat may lay behind the seemingly instinctual response. As suspicions are confirmed, the two protagonists become caught in a duel of wits and wills, whilst forming an alliance to break the cycle of devastating behaviour handed down through generations. Accordingly, the movie movies into analytical action territory as it witnesses the destruction and ponders the impact of a circle of force and fury involving a sinister crime master (industry veteran Yu Wang, in his first role since 1993’s Drug Connection). In piecing together the seemingly disparate sections, Chan creates a martial arts feature that is as stylish as it is smart. Although segments seem over-extended, the uniquely epic Wu Xia provides a refreshing take on a tried and tested genre. 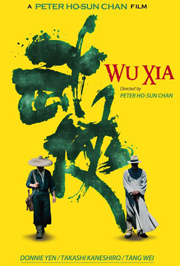