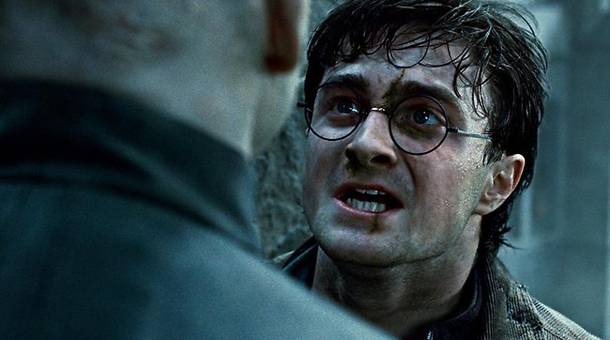 At the midway point of 1997, a children’s fantasy novel by a previously unknown author made its way into bookshops in the United Kingdom. Receiving considerable critical acclaim from a print run of only 500 copies, it was initially considered a modest success courtesy of a number of successful awards campaigns, with readers slowly taking notice as a result. After gaining traction with the English audience, the book made the jump to the global market the next year, with the reception glowing from readers and reviewers alike. Fourteen years later, a literary and film franchise has grown from that first effort, spanning six text sequels and eight cinematic adaptations. Famously scrawled by the pen of J.K. Rowling in a series of cafes, the Harry Potter phenomenon has grown from humble beginnings, with its success unparalleled in recent times. After regaling the adoring public for a decade, the screen incarnations of the beloved novels bow out with the second part in the duo of final films, Harry Potter And The Deathly Hallows: Part 2.

Without a moment’s pause, the feature starts with the aftermath of the first film’s emotive conclusion, as Harry (Daniel Radcliffe, December Boys), Hermione (Emma Watson, The Tale Of Despereaux) and Ron (Rupert Grint, Wild Target) continue to run from Voldemort (Ralph Fiennes, Clash Of The Titans) and his death-eating hordes. With several horcruxes destroyed, the trio set about locating and destroying the remaining pieces of the evil figure’s soul, with the stately confines of Hogwarts School of Witchcraft and Wizardry – now under the command of Severus Snape (Alan Rickman, Alice In Wonderland) – their final destination in a search that has traversed the enchanted world. Despite employing every spell in the book, and calling upon the assistance of friends and allies old and new, their exploits fail to escape the attention of the dark lord. Alongside the remaining members of the Order of the Phoenix, Harry prepares to confront his life-long nemesis, with the fate of both magical and muggle existence in his hands.

The conclusion of any cinematic series always comes complete with a sense of occasion, with fans feverish with anticipation to see how their beloved story will end. After years of investment, expectations increase for the last installment, even if results have proven uneven time and time again. With the Harry Potter phenomenon credited with re-engaging young readers with the written medium and revitalising the family-friendly film format (as well as kick-starting the trend towards prolonged franchises), the excitement surrounding Harry Potter And The Deathly Hallows: Part 2 has been considerable to say the least. Although the events of the finale became public when the last book was released four years ago, the delay in timing between the printed and screen versions of the saga has seen the audience bounding with enthusiasm to see if the celluloid interpretation of the finale matches the one in their dreams. Thankfully, after an underwhelming penultimate effort that outstayed its welcome courtesy of a prolonged road trip narrative, the final film sends the series off in the style it deserves. Over a tense 130 minutes that breezes by in comparison to its predecessor, the enthralling film inspires tears and cheers in equal measure.

Including all the crucial elements of the novel, with few events excised in the extended running time afforded by splitting the source material into two parts for cinematic consumption, Harry Potter And The Deathly Hallows: Part 2 is the film that the fans have cried out for over the past few years. Whilst Harry Potter And The Prisoner Of Azkaban remains the standout effort in both the movie and book series, David Yates’ fourth franchise offering in succession returns focus to the elements that made earlier iterations such engaging creations, with the central trio united in friendship as they wage an epic battle of good versus evil. Gathering favourite characters left, right and centre (portrayed by a cast that mines the wealth of British talent available, including Robbie Coltrane, Michael Gambon, John Hurt, Maggie Smith, Helena Bonham Carter, Jason Isaacs, Jim Broadbent, Julie Walters and Gary Oldman to name a few) to aid in their crusade, the troika are thrust into the spotlight for a final swan song. And what a farewell it is, with emotions running high as the film ponders chance and choice amidst a stunning series of action scenes that also wrap up all the expected sub-plots. Although casual viewers may not experience the same level of enjoyment, those already converted to the Harry Potter cause will find themselves in for a treat. Only the unnecessary imposition of the third dimension and a forced epilogue (mirroring the book) dampens the otherwise outstanding feature, in a suitably sweet and successfully spectacular end to the mostly satisfying series. 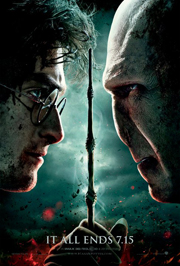