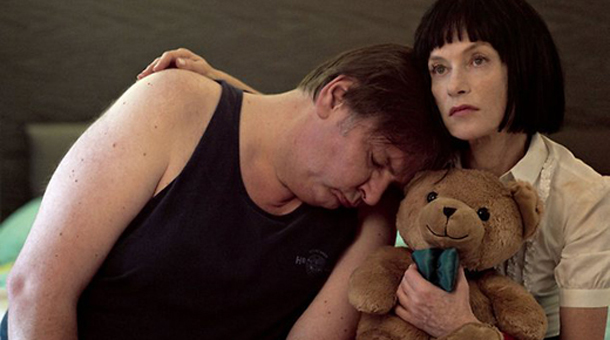 Therapy is a complex process, with the act of unburdening of our hearts, minds and bodies of our individual ills taking many forms. From the medical to the analytical to the sexual, available methods of healing are as varied as the people seeking their solace, with the diversity of practices inspiring many lines of work. Amongst the two most common professions charged with providing a cathartic service to humanity lies the world’s oldest calling, as well as another concerned with matters above rather than below the waist. Separately, the fields of prostitution and psychiatry have inspired countless cinematic explorations of their function in society, ranging from the comedic (Pretty Woman, What About Bob?) to the dramatic (Taxi Driver, One Flew Over The Cuckoo’s Nest), and the fanciful (Chloe, Color Of Night) to the brutal (Requiem For A Dream, M). Jeanne Labrune’s Special Treatment (Sans queue ni tête) considers the intersection of the two, in an amusing yet moving examination on the need to unburden our troubles by various means. Straddling the line between serious insights and black humour, the interesting effort ponders the similarities and differences evident in caring through contact and chatter.

Alice (Isabelle Huppert, Copacabana) is the consummate professional, experienced in her trade despite its unseemly nature. For a substantial fee, she meticulously caters for the needs and wants of a range of privileged clients, transforming into anything from a devoted housewife to a dominant mistress, or a coy school girl to compliant geisha, as they so desire. Setting up shop in an apartment adjacent to her own, she is rigid in implementing a boundary between her personal and working lives. When a particularly determined customer breaks through her carefully constructed barrier with a violent tirade, the damage is enough to send Alice in search of psychiatric help. Enter Xavier (Bouli Lanners, White Snow), a kindly psychoanalyst with a matching set of strange patients and martial problems that see him left unfulfilled. After a chance meeting in a chemist, he obtains Alice’s number from a colleague, with the transaction worlds away from his comfortable middle class experience. As their sessions continue, Xavier attempts to establish a deeper connection through the provision of gifts, whilst Alice spurns his advances whilst looking for the analytical help she covets. United in their uncertainty about their own lots, the kindred souls struggle with their own issues whilst providing a semblance of catharsis to the other.

From the outset Special Treatment highlights the parallels between the roles of the protagonists, with the script from the director and featured player Richard Debuisne (collaborators on Special Delivery and Cause toujours! prior) heavy-handed in its approach. Chronicling the plight of two particular vessels for the problems of others, the film ensures every instance of parity is punctuated by constant thematic reinforcement about their shared plight. As both fail to cope with their lot in life, their paths are doomed to collide in the convenient coincidences of all such features. The further the film progresses, the more the obviousness looms large over the story, detracting from the otherwise elegant characterisation and intelligent presentation. Thankfully, Huppert is as beguiling as ever, with her chameleonic nous used to full effect. Lanners too plays his part with aplomb, mining the wealth of unhappiness that accompanies a man in an unaffectionate marriage. Their performances lift the somewhat slight feature, although the film remains thoughtful and contemplative even with so much of the drama readily apparent. With splashes of unexpected humour providing a sense of levity, Special Treatment is ultimately an uneven yet intermittently engaging film that meanders in its musings. 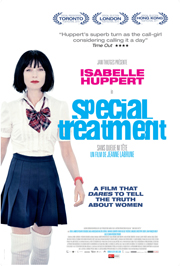