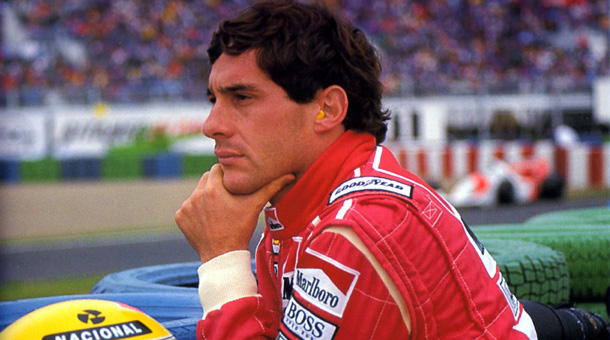 It takes a certain skill and style to transform a subject with gender-specific audience appeal into one of the most compelling documentaries in recent history; a feat which this film achieves with rare aplomb. Under the guidance of director Asif Kapadia (The Warrior, The Return and Far North), the brilliant documentary Senna transcends the bounds of traditional Formula One fandom, with its collection of accolades (including audience awards at the Sundance, Los Angeles and Adelaide film festivals) mirroring the hearty embrace this well-crafted feature has received from the general public worldwide.

In an effort equally as engaging for devotees of high-octane thrills as segments of the population not enamoured with the sport, the fast-paced film adopts an approach that aptly places the titular racing champion in pole position. Allowing feisty Brazilian driver Ayrton Senna to tell his own tale through the use of archival stock provided by the Fédération Internationale de l’Automobile, the film capitalises upon Senna’s charisma and complexity as his words, acts and image guide the course of the finessed feature.

Only the combination of contemporary audio interviews with the controversial star’s family, friends, colleagues and competitors breaks the film’s focus on Senna’s presence, with the insightful commentary accompanying stunning scenes from his life on and off the track. Together, the reflective soundbites and striking visuals chronicle the dynamic career of the man regarded as one of the greatest drivers of all time, without the use of even a second of new footage.

Exploring his rise to fame from carting to his rivalry with challenger Alain Prost; his three world championships to his infamous move from McLaren-Honda to Williams-Renault; and his outspoken nature to the impact of the internal politics of the sport; Kapadia’s presentation of Senna’s livelihood and legacy is as riveting and resonant as the racing context that frames his story. Indeed, rarely has the documentary format engaged and enthralled in such an edge-of-the-seat manner, let alone one essaying the exploits of a sporting figure.

For consumers of cinema, lovers of action and aficionados of ambitious entertainment, the touching and tragic Senna is an expert example of the heights factual filmmaking can achieve. Like the man himself and the machinery he favoured, the flawless finished feature is fascinating and thrilling, with audiences likely to laugh and cry, and be moved and amazed, regardless of their prior ambivalence for or appreciation of Formula One racing. 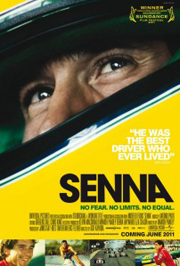