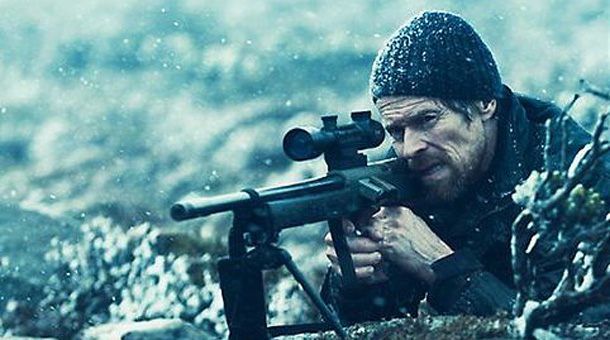 The hunt for an elusive object has provided the foundation for many features over the years. From the action-adventure exploits of the Indiana Jones series to occult effort Cronos, and from family fare The Goonies to comedic western City Slickers, all have focused on the same storyline, albeit from varying angles.

In each instance the pursuit of the physical object – whether trinket or treasure, plaything or person – comprises only a component of the quest. The search for a sense of self always underscores the attempts to locate the actual article, with a diverse range of outcomes. The Hunter is the latest film to follow the format, chronicling the titular figure’s efforts to track the supposedly extinct Tasmanian Tiger. The journey that results is one of discovery on two fronts, with forging a connection an unexpected consequence of searching for the extinct creature.

Working for a biotech company, Martin David (Willem Dafoe, Antichrist) travels to Australia’s extremities to find an animal that shouldn’t exist. After sightings in a logging area, he scours the wilderness for signs of survival, monitored by a cautious local (Sam Neill, Dean Spanley). Staying with grief-stricken Lucy Armstrong (Frances O’Connor, Blessed) and her children (The Tree’s Morgana Davies and debutant Finn Woodlock) in between his secretive jaunts, Martin is dedicated to his task. Yet the legacy of Lucy’s missing eco-warrior husband looms over his efforts, as his search – and his unexpected emotional investment – increases in severity.

Following an 11 year interlude between films, Daniel Nettheim (Angst) returns with an accomplished sophomore effort. Adapted from Julia Leigh’s (Sleeping Beauty) novel by debut feature writer Alice Addison, The Hunter confirms Nettheim’s talent. From the exquisite imagery to the nuanced soundtrack, the director demonstrates his skill. A touching mid-movie moment scored by Bruce Springsteen’s ‘I’m On Fire’ exemplifies his aptitude, with the stunning scene a microcosm of the striking overall feature.

A restrained yet resonant turn from Dafoe aids Nettheim’s cause, with the actor superb in his second Australian effort of late (after Daybreakers). Embodying the enigmatic essence of the contemplative film, he remains composed whilst cultivating an air of tension. Meticulous and measured, Dafoe’s performance is central to the feature’s examination of identity and acceptance within the intriguing premise. For as the title suggests, The Hunter ponders the man as much as his mission, with the finessed feature unravelling a mystery on multiple levels. 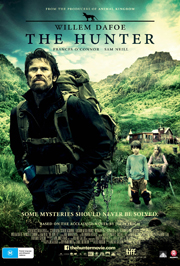