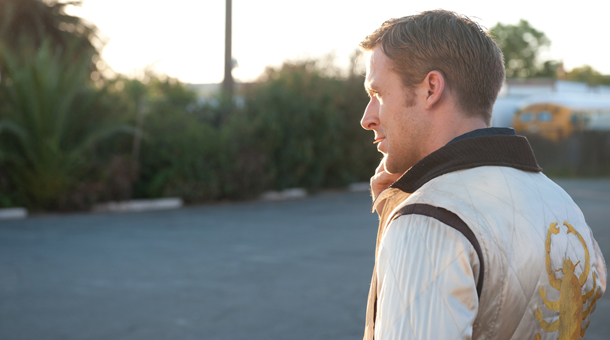 Many filmmakers made their names pursuing a single genre, with crime one of the most common. Like Martin Scorsese and Quentin Tarantino before him, Danish director Nicolas Winding Refn’s early works were immersed in the underworld: the acclaimed Pusher trilogy and powerful prison biopic, Bronson. The visceral, psychological examination of illegality has become his calling card, evidenced over eight features to date. In Drive, the accomplished auteur reaffirms his mastery of criminal enterprise, in a nuanced neo-noir homage to his genre inspirations.

Ask the Driver (Ryan Gosling, Crazy, Stupid, Love) about his work, and the answer is simple: he drives, as a stuntman by day and get-away driver by night. His employer (Bryan Cranston, Contagion) aims to add racing to the Driver’s resume, seeking finance from a local mobster (Albert Brooks, The In-Laws) for a legitimate venture. When Driver befriends his neighbour (Carey Mulligan, Never Let Me Go) and her young son (debutant Kaden Leos), his chivalry encompasses assisting her ex-con husband (Oscar Isaac, Balibo) in settling a prison debt. Their actions inflame mafia tensions, with the escalating conflict encroaching upon Driver’s personal and professional dealings.

From the pulsating electro-pop soundtrack that accompanies the feature from the outset, to the striking austerity of the Cannes Film Festival-winning direction that lingers until the final shot, Drive is one of 2011’s most stylish efforts. Indeed, every aspect of the feature is crafted to mirror the cool, calm and collected façade of its quiet yet charismatic lead character, with Refn carefully cultivating an aesthetic that matches the calculating protagonist.

However, Drive boasts insight and intelligence as well as artistry, with substance lurking beneath the sophisticated exterior and ultra-violent incidents. Although Oscar-nominated screenwriter Hossein Amini’s (The Wings of the Dove) adaptation of James Sallis’ novel retains the slightness of story, the film unravels as an intense exploration of the outcome of selfish and selfless acts, aligned with the crime paradigm.

Of course, the cast are as crucial as the construction and content, including smouldering leading man Gosling at his economical, understated best. Whilst Mulligan appears subdued, their chemistry is anything but, with sparks flying amidst Brooks’ scene-stealing menace, Cranston’s kindly charm, and Isaacs’ desperate suspicion. In combination with the small but pivotal efforts of Ron Perlman and Christina Hendricks, the outstanding actors ensure the feature is a smart yet savage affair. Precise, potent and poignant, Drive is unparalleled as the film of 2011. 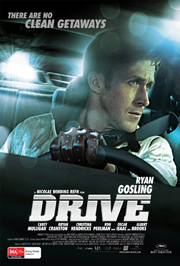