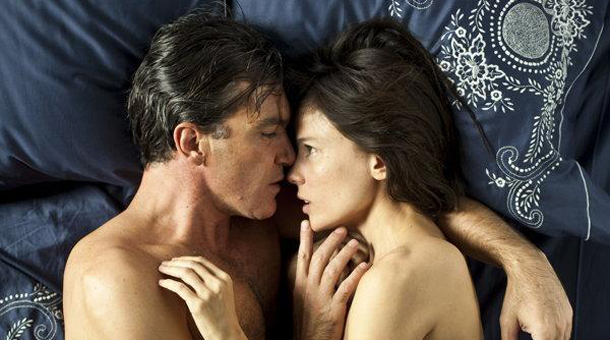 Few filmmakers incite the reaction inspired by Pedro Almodóvar, with the Spanish director and writer adored around the globe. Indeed, he is considered his nation’s most successful cinematic export, with his frequent actors Penélope Cruz and Antonio Banderas the only others that come close. After two consecutive efforts with the former, he reunites with the latter after 21 years. Together, they craft the intricate, intimate The Skin I Live In (La piel que habito).

A skilled plastic surgeon, Robert Ledgard (Banderas, Puss in Boots) has devoted his estate to medical research. Creating burn-proof artificial skin is his aim, driven by the loss of his wife years earlier. However, his household also hides a secret inhabitant, with the attractive Vera (Elena Anaya, Cairo Time) held against her will. When the violent son (Roberto Álamo, The 2 Sides of the Bed) of his maid and accomplice Marilia (Marisa Paredes, The Devil’s Backbone) visits unannounced, the truth behind Vera’s captivity is revealed.

Stemming from Thierry Jonquet’s novel Mygale (or Tarantula), The Skin I Live In unravels a web of lies and lust tinged with vengeance and grief. To say more is to spoil the resonant retelling of Almodóvar’s compelling creation – and make no mistake, this is one film that deserves to be seen without prior knowledge of the twist. Adopting a non-linear structure, the helmer teases the audience for much of the feature’s unsettling 117 minutes. When the riveting reveal comes, although amply foreshadowed, it arrives with his trademark melodramatic emphasis.

Accordingly, the film is an inventive, elaborate and elegant amalgam of horror, drama, noir, thriller and even comedy. The stylistic fusion is complimented by the consistent aesthetic and approach, with the precise presentation chilling and clinical at all times. Yet, like the characters depicted, emotion lingers beneath the unconventional surface. Whilst a departure from his female-focused work of late (Broken Embraces and Volver), the film is as affecting and enthralling as the rest of his oeuvre.

In fact, The Skin I Live In most resembles Almodóvar’s underappreciated Bad Education, mirroring its contemplation of sexuality and identity. The director draws yet another career-defining turn from his leading man, with Banderas – like Gael Garcia Bernal in the aforementioned effort – never better on screen. Their partnership exudes ambition, with the end result finessed and fascinating. Whilst few directors could have made this film at all, only one could have cultivated the masterpiece that it is. 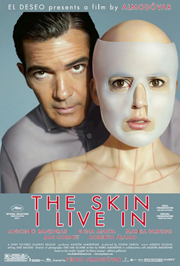